Introduction
Spherical Harmonics(SH) functions can represent low frequency data such as diffuse lighting, where those high frequency details are lost after projected to SH. Luckily we can extract a dominant directional light from SH coefficients to fake specular lighting. We can also extract more than 1 directional light from SH coefficients, but this post will only focus on extracting 1 dominant light, those interested can read Stupid Spherical Harmonics (SH) Tricks for the details. A webGL demo is provided at the last section which will only extract 1 directional light. 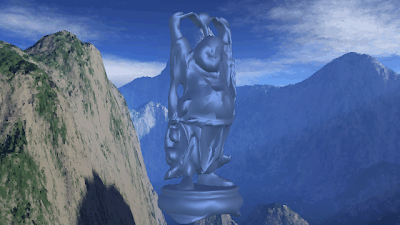 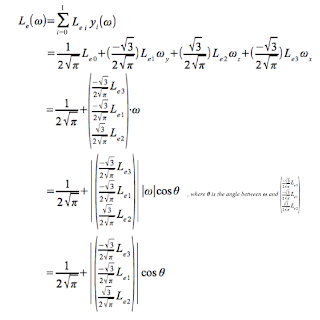 Finding the dominant light direction is equivalent to choose an incoming direction, ω, so that Le(ω)is maximized. In other words, cosθ should equals to 1: 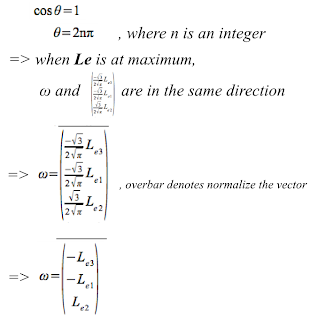 To minimize the error, differentiate the equation and solve it equals to zero: 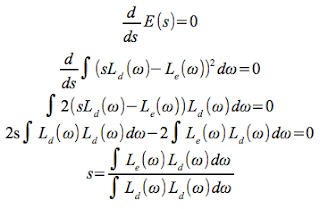 If both lighting functions are projected into SH, the intensity can be simplified to:

Therefore the SH coefficients of projected directional light can be calculated by substituting the light direction into the corresponding SH basis function.

As the SH projected directional light is in unit intensity, we want to scale it with a factor so that the extracted light intensity s is the light color that can be ready for use in direct lighting equation which is defined as (detail explanation can be found in [4]):


For artist convenience, clight does not correspond to a direct radiometric measure of the light’s intensity; it is specified as the color a white Lambertian surface would have when illuminated by the light from a direction parallel to the surface normal (lc = n).

So we need to calculate a scaling factor, c, that scale the SH projected directional light such that:

We can project both L(ω) and (n . ω) into SH to calculate the integral. To project the transfer function (n . ω) into SH, we can first align the n to +Z-axis, which is zonal harmonics, then we can rotate the ZH coefficient into any direction using the equation:

The ZH coefficients of (n . ω) are: (note that the result is different from Stupid Spherical Harmonics (SH) Tricks in the Normalization section as we have taken the π term outside the integral)

Then rotate the ZH coefficients such that the normal direction is equals to the light direction, ld (because we need ld = n as stated above), we have: 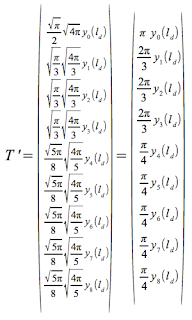 Finally we can go back to compute the scaling factor, c,  for the SH projected directional light (we calculate up to band=2): 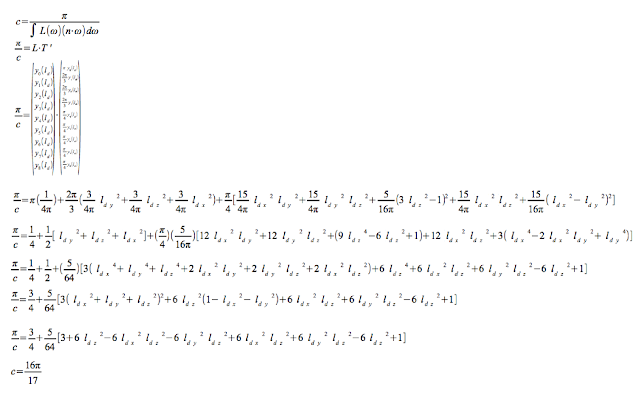 Therefore the steps to extract the dominant light intensity are first to project the directional light into SH with a scaling factor c, and then light color, s,  can be calculated by: